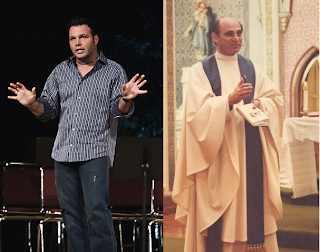 As our favorite radio host, Rev. Todd Wilken, is quick to remind everyone: "Just because there are many right ways to do something doesn't mean there are no wrong ways."

Even the pagans understood what seems too difficult for the average American Lutheran pastor to grasp: all adiaphora are not created equal.

The Lutheran confessors did not invent a new word when they used the Greek word, "adiaphora." The word was perhaps new to them, however, in an age of humanism and revival of classicism.

The stoics had long used the word as "a technical term characterizing the things that lie outside of the categories of virtus and dedecus, the sole good and the sole evil." (Loeb Classical Library: Seneca - Moral Essays vol. II, p.156f) The Latin Stoics used the word, also familiar to students of the Lutheran Confessions, indifferentia, or "matters of indifference."

Since the Lutheran confessors were borrowing a word from the classics, here's a little piece of the term's Stoic baggage we'd hate to leave behind.

-Lucilius
Who among wise men... who count virtue as the sole good, denies that even those things which we call "indifferent" (indifferentia/adiaphora) do have some inherent value, and that some are more desirable than others?

- Seneca's On the Happy Life, xxii.3
Posted by Father Marc No comments:

The Virtuous Pastor and Trials 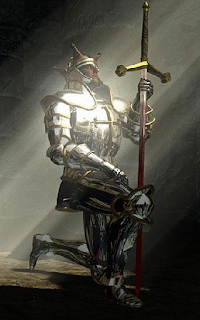 Well, usually I begin a post with an excerpt from our Seneca's writings, but this time I'd like to preface the excerpt instead.

I am a pastor, but surely every Christian is beset on every side by trial and difficulty without and within. For Jesus himself said, "In this world you will have many troubles," and elsewhere, "no student is above his master... if the master of the house has been called Beelzebub, how much more the members of his household!" Who isn't sorely tempted by every proffered escape from such struggle as we endure who would be faithful to our Lord? With such thoughts in mind I do not now presume to interpret or apply Seneca's wisdom, but only to commend the following to you in time of trial as a sort of discipline of reason alongside all encouragement of the true Faith.

Therefore let the highest good mount to a place from which no force can drag it down, where neither pain nor hope nor fear finds access, nor does any other thing that can lower the authority of the highest good; but Virtue alone is able to mount to that height. We must follow her footsteps to find that ascent easy; bravely will she stand, and she will endure whatever happens, not only patiently, but even gladly; she will know that every hardship that time brings comes by a law of Nature, and like a good soldier she will submit to wounds, she will count her scars, and, pierced by darts, as she dies she will love him for whose sake she falls - her commander; she will keep in mind that old injunction, "Follow God!" But whoever complains and weeps and moans, is compelled by force to obey commands, and, even though he is unwilling is rushed none the less to the bidden tasks. But what madness to prefer to be dragged rather than to follow! As much so, in all faith, as it is great folly and ignorance of one's lot to grieve because of some lack or some rather bitter happening, and in like manner to be surprised or indignant at those ills that befall the good no less than the had - I mean sickness and death and infirmities and all the other unexpected ills that invade human life. All that the very constitution of the universe obliges us to suffer, must be borne with high courage. This is the sacred obligation by which we are bound - to submit to the human lot, and not to be disquieted by those things which we have no power to avoid. We have been born under a monarchy; to obey God is freedom. (Seneca's On the Happy Life, xvi.5-7)